Why Digital Projection Is NOT A Bad Thing 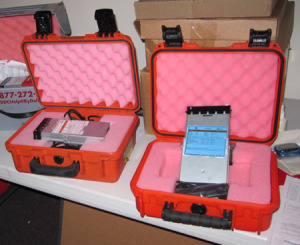 What’s the beef with digital projection? Why are 70mm prints so much better? The truth? Honestly? They’re not, and I’ll tell you why, because even though there’s a nostalgic warmth from watching a celluloid projected movie, the truly great movies immerse their audiences, and the difference between the glorified 70mm projection and a digital one is so minimal that if you’re focusing on trying to spot the difference, then the movie you’re supposed to be watching isn’t doing its job properly. The fact of the matter is that the medium of movies on film is old and will soon be gone, and the reasons are many:

I’m an avid listener to the BBC’s wittertainment Film Review podcast with Mark Kermode. The majority of the time I find myself agreeing with Mr Kermode in terms of his critique, despite his very dramatic and sharply opinionated views, however the constant dibble referring to “proper projection” and “70mm” blah blah blah… is starting to drive me mad!

In the video below Mark bangs on about the old Warner Bros logo and “scratches” in the film Argo, as this relates to the analogue/film projection process. As a person who films and edits (digital) videos for a living, I simply cannot believe Mark’s naivety here. Any digital film maker is always but 1 post production filter away from that “vintage” feel should he/she wish, and yet here is a well respected and renowned film critic who is amazed by this digital “wizardry”.

There’s a sense of nostalgia with movies on film. Every middle aged cinema goer saw all their favourite movies via the medium of film projection, but was it the “film” that made those movies so great? No! It was probably the story, actors, editing, script and music etc… not how the thing was projected.

There’s been a buzz around Paul Thomas Anderson’s new film The Master as it’s been playing for around 2 weeks in London’s Odeon West End before it’s UK release. The reason? Because this is the selected cinema that can project a 70mm image before the digital version gets it’s national release. Is it really worth it? There’s a well balanced article from Cinema Blend here.

I went to see the re-release of Jaws at the cinema a few months back, which was a digitally remastered and it was stunning. No film, all digital. It was warm, grainy, truly lovely on the eyes (apart from the blood and guts etc), but in terms of how it looked, if the cinema had told everyone in the audience “this film is a 70mm print”, everyone would have believed them.

Digital film making and digital projection is the future, without it thousands of filmmakers would be left deserted without the means to create and the future of the movie industry would be very bleak indeed. Digital will only get better…