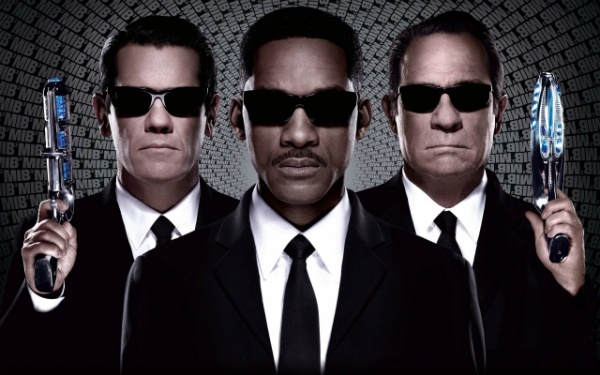 Anyone with half a brain (and you do only need half a brain) should have enjoyed MIB III. The instructions where simple – pay for your ticket, buy a mountain of confectionary, sit down, relax and have fun. Ok, everybody knew it was never going to be as great as the first film. So many people (myself included) hold the original MIB film dearly in their movie hearts. Knowing this, what I want to understand is, why did it get such a tough time by from the critics?! Mark Kermode tore it a new one and the Empire Podcast wasn’t exactly flattering either. After a bit of thinking I think I have come up with this longwinded and self indulgent answer…

I thought the film was ok, good fun, decent enough to ogle at and escape from the stresses of deadlines and bills for 2 hours… and there lies the problem… EXPECTATIONS! I had recently re-watched MIB and MIB II in preparation for the third (sad I know but that’s just the way I roll… and yes, squares can roll too). The first was as good as always. I watched it 3 times at the cinema as a 15 year old. One of those films that stands out in your childhood memory, like Home Alone or Jurassic Park, there’s a little something for everyone for the duration.

Then comes the travesty that was the second instalment. I imagine the studio figured they couldn’t go wrong with this one after the first film – the formula was locked down, get the same cast and rehash the storyline from the first with a new villain and ‘Robert’s your Mother’s brother’. I don’t know if it worked finically, but it certainly didn’t work on screen. I mean, can a film really be so cocksure that it feels that it can get away with casting Johnny Knoxville!? To add insult to injury, he even appears double fold in most parts, in what is one of the worst and underdeveloped characters I have even seen (and I’ve seen Jar Jar Binks). The villain wasn’t even threatening, I can’t even remember her name, all I can remember is there was a catsuit and some boobs.

So, after the studio gave the greenlight for the third instalment, what does it decide to do? Go back to basics and run the risk of flogging the dead horse or spice it up with something new and make something totally exposed to a backlash of hate? The answer is a bit of both. But, and here’s my beef – so long as it didn’t take the audience for granted like the second film did, it really shouldn’t have mattered. They corrected so many things from the second outting, Jemaine Clement‘s villain ‘Boris (The Animal)’ was scary and funny just like Vincent D’Onofrio‘s ‘Edgar’, Josh Brolin was a breath of fresh air as a young ‘K’ and Will Smith was…. well, Will Smith, what’s not to like? 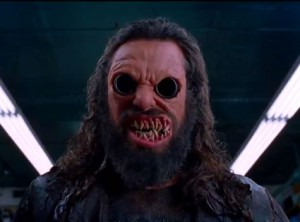 Ok, so the time travel thing was a bit gimmicky, but without it the film would  have been really really tired, this film needed something new. However, if you had introduced new agents (like the the end of the first film suggested leading up to the second, which thankfully never happened) the film would been in danger of being cheapened for not having the origianl cast. We all know what perils await direct sequels that change their casts… *whispers* “straight to DVD bargain bin” because they’re cheap and never live up to our expectations created by the original film. There’s that word again…

Tonight, I’m going to watch Prometheus. I think I might be the last person on earth that cares as much as I do to not have seen it. Everyone has said, “don’t go in expecting much and you’ll enjoy it”, so I’m trying my hardest to heed my own advice and just enjoy it for what it is.

Obviously I’m not suggesting that MIB is in anyway related or comparable to the works of Sir Ridley Scott, but the point is – what do you expect when you sit down at the cinema? Should you be expecting anything? If you can manage to avoid the spoilers on twitter, critics, mate’s reviews and public opinions then you might stand half a chance of actually forming your own opinions and enjoying a film for once.