According to the market research Taylormade have done, it proves and shows that 76% of golfers mis-hit golf shots. This can come in a number of ways on the face, either low at the bottom almost like a thin shot and toe or heel hits. Off the back of this information, Taylormade would like to introduce to you their new RSi irons.

As part of the #mishitshappen campaign, the guys down at my local driving rage (True Fit Golf Centre) ran a competition to win a free fitting with the new Taylormade RSi irons, so I entered and lo and behold I won a slot on a Sunday morning. Read on to hear my thoughts on the new RSi1 and RSi2 irons, seeing Flightscope in action and the whole TFG TaylorMade Performance Centre experience…

I arrived at TFG with my existing clubs to meet with Dave Fernley from the TFG team and stepped into their rather swanky TaylorMade Performance Centre. Dave explained to me that the main objective from the session was to showcase, to me, the technology that Taylormade have developed in the RSi family of irons. So what’s the deal with these RSi clubs you ask? 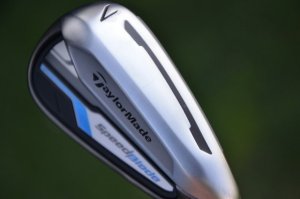 In layman’s terms, Taylormade have developed the technology they installed in the bottom of the their recent irons (called “Speed Pockets”) which was designed to increase speed and help miss hits out of the bottom of the face of the club. The RSi irons use the same Speed Pockets technology only Taylormade have now also put it into the face of the clubs as well. One “Face Slot” in the toe and another in the heel, in an attempt to create a sort of trampoline effect, which should promote more speed across the whole face of the club. Does it work? Read on to hear my thoughts… 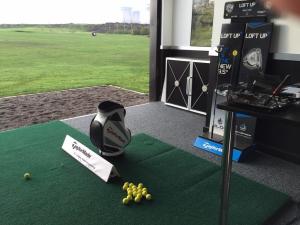 The session lasted 45 minutes, but in all honesty I could have stayed in there all day. The combination of using the new RSi irons, a well equipped bay, friendly and knowledgable staff, PLUS Flightscope technology was an amateur golfer’s dream. I’d done some research on the RSi irons beforehand and I’d already pinned them as the front runner for my next major golfing purchase. Taylormade seem to be targeting the clubs directly towards my requirements, but Dave expertly explained the facts behind the marketing and technology in a way that was digestible to a 17 handicapper like myself. 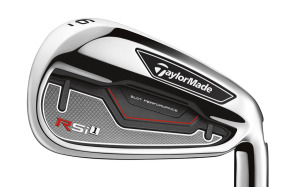 Starting with the RSi1, the ball off the face felt “springy”, like the club was bouncing the ball into flight. It was a good feeling. Yet despite this “catapulting” effect, the noise off the face felt solid and crisp, producing a much louder and sharper sound than I am accustomed to. It felt nice, consistently, even though I do tend to hit most shots more out of the toe. I did hit a few quite low off the face resulting in some low and thin strikes, but the club consistently promoted a straight ball flight and even with my poorer strikes I found that my distance didn’t suffer as much as I feared it might.

The numbers below show a consistent ball speed and total distance carried for me with the RSi1, even in the last 2 shots despite those being thin.  The last 3 shots had tape on the face of the club so we could see what part of the face I was hitting the ball with (hence the drop in spin numbers). 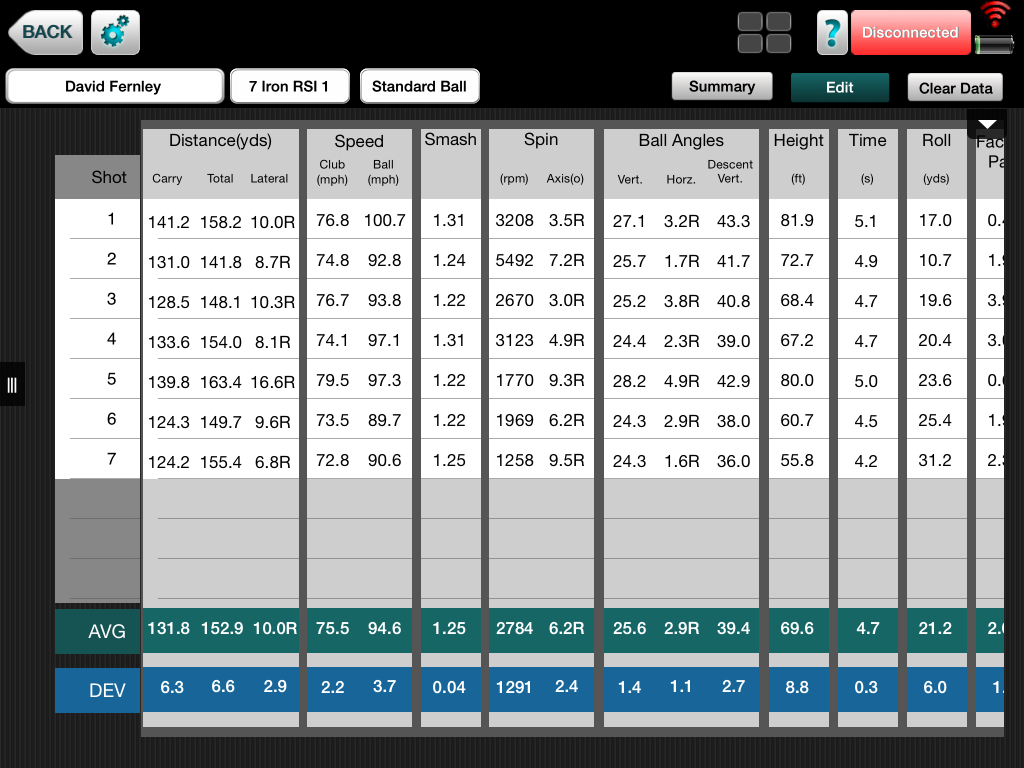 When looking at my shot dispersion, despite a consistent push due to my in-to-out club path (something that me and my golf coach ‘Adrian Fryer @SolidGolf‘ are working on), you can see that there is little difference in distance between my good and bad shots – something I was quite please to see. I think these shots would all have been threatening the green. Was this the magic of the RSi “Face Slots” at work? It seems to look that way. 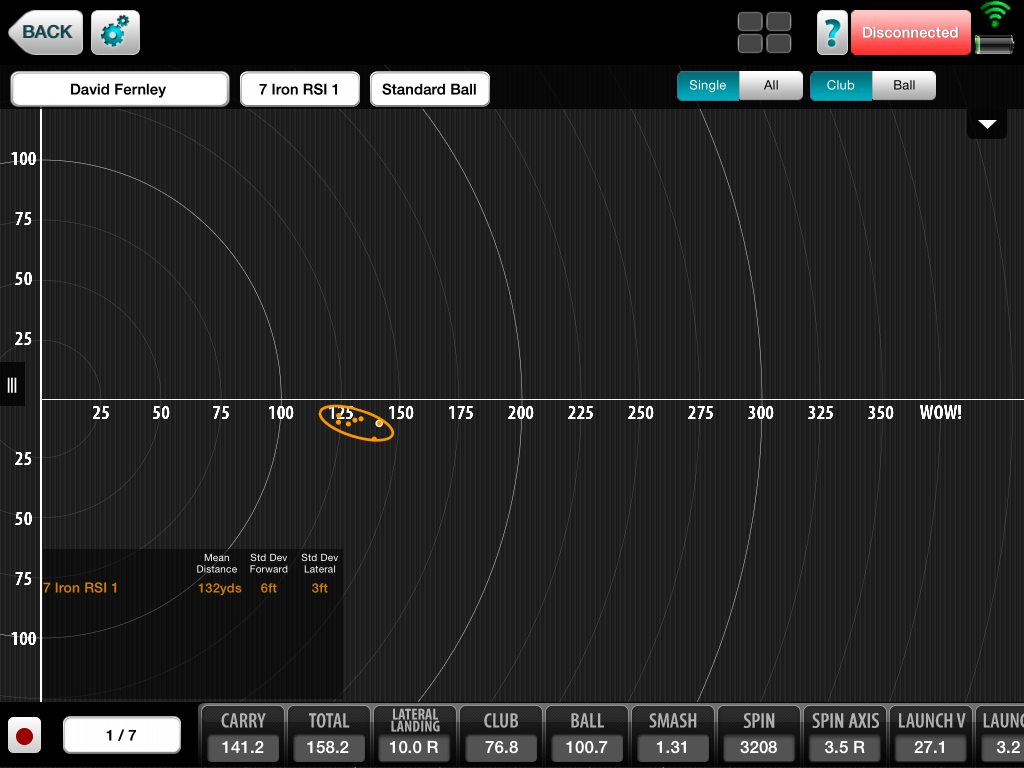 You can see that my second longest strike was also my heaviest push. Out of the toe? Face Slot techonolgy working it’s magic? Possibly. 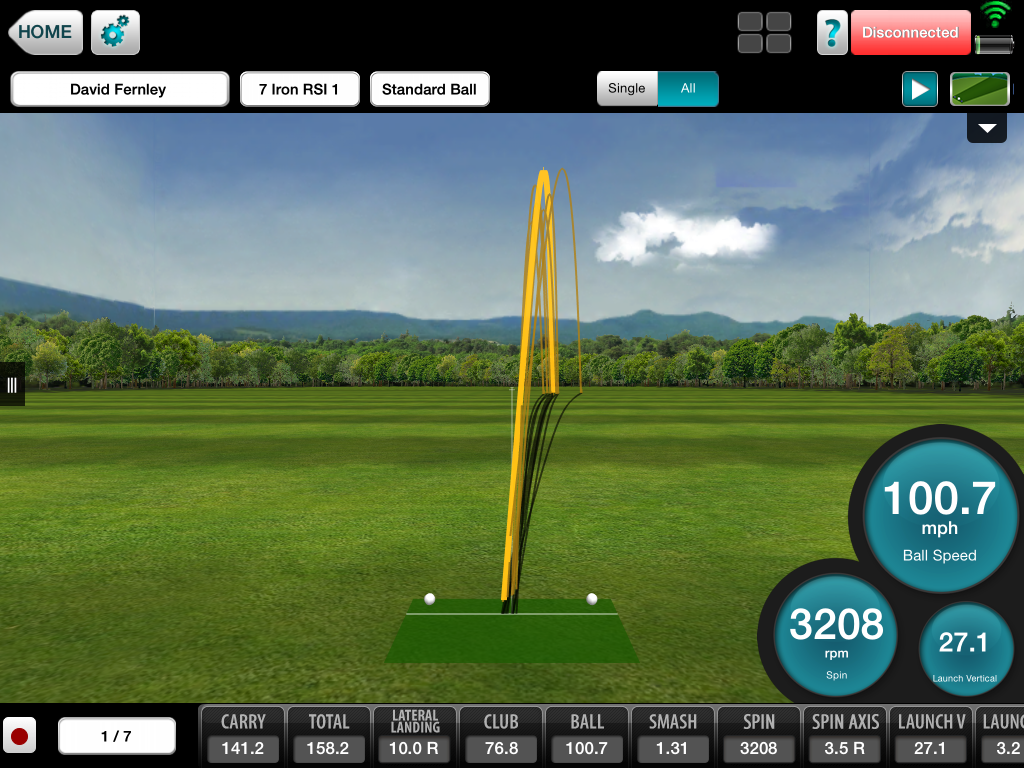 The RSi1 was easy to hit and suited my game perfectly. It was pretty evident that with a little bit of getting used to, these clubs would undoubtly start producing better numbers for me, but I was keen to see how the RSi2 felt, in a bid to prove to myself that I could manage a club that was targeted more towards the lower handicapper. 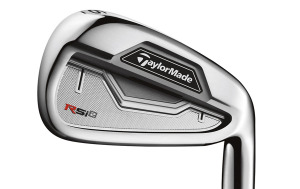 My first strike with the RSi2 was beautiful, bringing the biggest smile of the day to my “face slot”. Based on this strike alone it’s fair to say that if you can handle the RSi2, it will certainly produce better results for you, sadly the club proved to be a bit trickier for me and didn’t produce such friendly figures and groupings on my poorer strikes when compared to the RSi1. A simple case of me biting off more that I can chew, but it was worth trying just to experience what that first true strike felt like – which was amazing. More practice required I fear before I can step up to a club like this.

The whole experience was great. Something I would highly recommend when purchasing any golf club. Dave was very approachable and great at understanding what I needed to suit my game right now. I’m off a 17 handicap and there was false pretensions, just a helpful attitude on looking at making golf as enjoyable as possible for me.

The RSi1 irons are definitely on my wish list. The problem for me is my existing clubs are only 2 years old and I can’t justify (or afford) purchasing a whole new set of clubs at this moment in time. My game plan is to work on lowering my handicap by 5 more shots, then look at what clubs suit me then. You never know, I might be able to handle the RSi2’s by then. Having said all that, if I was in the market for a new set of clubs right now, the RSi1 irons would be straight in the bag for me…well once I’ve been custom fitted by Dave at TFG that is 😉

I mentioned to Dave that I would be writing this blog post about my experience so he kindly emailed over the screen shots from Flightscope, but he also gave the following information and feedback that I thought I would share with you as well.

Taylormade’s development of technology from Rocketbladez and Speedblade was the Speedpocket or slot that was on the sole of the club. This is clearly visible technology as you can see the black insert in the sole. This has been improved from the original model in Rocketbladez to Speedblade. The Speedpocket or slot improves mis-hits low on the face helping increase ball speeds and creating a lower Centre of Gravity for a larger sweet spot.

RSi incorporates all of the best technology from Rocketbladez and Speedblade but is taken to the next level of forgiveness and help for all kinds of golfers mis-hits. They still use the Speedpocket technology, They looked at the benefits that Speedpocket gave to the golfer and move the slot into the face on the heel and the toe. FACESLOT technology is created. It is the next improvement to help reduce mis-hits and improve ball speeds on off centre hits. Again this is visible technology.

When we hit the ball off centre either in the toe, heel, low or high on the face ball speeds are considerably reduced impacting the distance that a golfer will hit the ball. The relationship between club head speed and ball speed equates to distance. The more we can create ball speed the further the ball will travel. It’s like those shots when you don’t feel anything and the ball travels on a nicer trajectory and ball flight with the longest distance. This will be when the clubhead/ball speed relationships will be at its greatest. Hence the great feeling you get. This can be achieved more regularly and consistently with RSi FACESLOT.

We can’t get away from #mishitshappen but they certainly will be reduced for yourself from now on with the RSi technology.