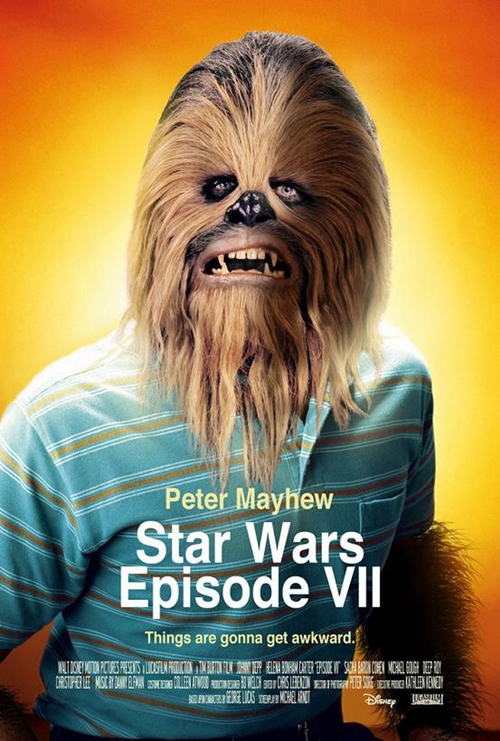 So I finally managed to get round to watching Star Wars the other month, thus ridding my of my adopted Star Wars Virgin title. My amazing fiancée bought me the Blu Ray box-set of episodes 1-6, how ace is she!? As a film lover who missed out on the original 3 first time round at the cinema, and therefore saw little point in jumping on the bandwagon for episodes 1-3, I’ve been feeling a bit out of the loop for… well, my whole life. So, it was finally time to lose my Star Wars vaginity, the question now was…

What order should a Star Wars Virgin watch Star Wars in?

My “crazy” idea was – What if I watched them in order!? You know, 1,2,3,4,5 and 6. Chronologically, according to the narrative. The way stories are meant to be told! Obviously this notion was quickly labeled as “insane” and “mental” by my fellow movie loving friends. “It won’t make sense” they said. 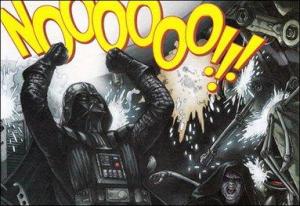 To me, this isn’t the best way to sell a series to someone who hasn’t seen them before – “If you watch them in order, it won’t make sense!”. My inner A.D.D. afflicted child was banging it’s head on the wall. I just couldn’t bring myself to do it. After all…

Granted, I could envisage some issues watching it in the correct order – the visuals and special effects will have obviously improved over the 23 years between 1977’s A New Hope and 1999’s The Phantom Menace. The technology used in the past seemed much more advanced than it’s counterparts in the future. No biggy to me. If these films had been made in quick succession, I would be a tad confused, but given the time gap between production, I was willing to let this little issue go.

So why not watch them in order? The right order? I wasn’t having it! So, me and my generous fiancée sat down over the course of a week or so and I became possibly the 1st child of the 80’s to watch Star Wars in the correct order.

It was fine! No confusion, just a mixed bag of storytelling, dodgy acting, and even worse side wipes. All good fun. Granted, if I had been wrapped up in the nostalgia of the original releases in the 70’s and 80’s, I would probably be holding these films much closer to my heart, but in the cold light of day, they are just good fun, nothing more really.

Films 1-3 are nowhere near as bad as the fanboys will have you believe, but I’m speaking from someone who hasn’t had their hopes and dreams squashed by a wishy-washy cash cow trilogy.

So, as a Star Wars virgin who watched the whole thing “back to front”, here’s my thoughts:

If you remove the atrocious Jar Jar Binks from the picutre, the first film is actually ok. It works fine as an establishing vehicle for the character development of Obi-Wan Kenobi. Attack of the Clones is a complete waste of space, nothing really happens that couldn’t have been explained in episode 3. Revenge of the Sith was the most entertaining out of the newest 3 and segued very well into A New Hope. As a stand alone film, A New Hope was my favourite, simple and effective storytelling. The Empire Strikes Back felt like a necessary evil in order to give Luke the chance to Yoda and realise his Jedi potential, everything else sort of let like fluff around that event. Granted however, The Empire Strikes Back did have some of the best action scenes across all 6 films. Return of the Jedi was fine but the ending felt a bit flat. Amazing really, after over 13 hours of storytelling, I didn’t feel much of a connection to any of the characters involved.

If I had one major complaint about watching the films in this order, I think the ending to episode 3 would have offered a better climax to that of episode 6.

George Lucas is living proof that you don’t have to be good at making movies to be successful at making movies, but it does help financially if you have a good lawyer. Overall the films are good fun, but I won’t be watching them again in a hurry. In a small way, I wish I had caught them first time round, that way I would have probably enjoyed them more today and seen them for more than what they actually are.

Nostalgia goes a long way when it comes to recollecting old favourites.

Also, I imagine it would have been a better experience if I didn’t already know what happened. The element of surprise is a powerful tool in storytelling, as this young guy will demonstrate: 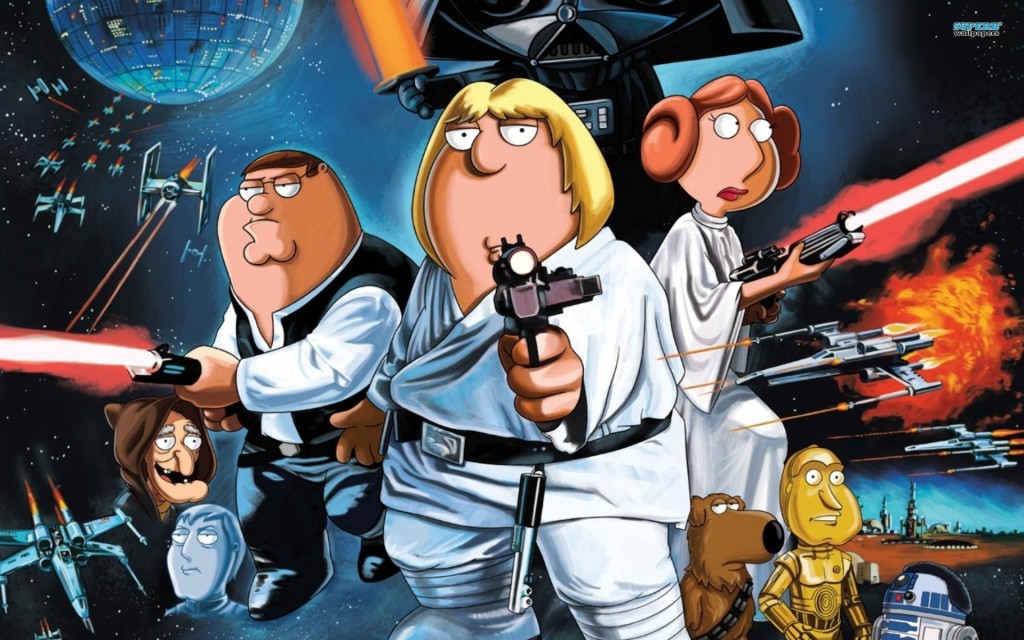