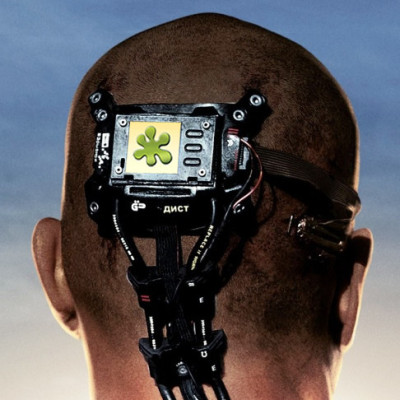 There’s a saying in life that is generally some of the best advice you can get “If it ain’t broke, don’t fix it”, ergo “Don’t change a winning formula”, but when it comes to a scene busting director like Neil Blomkamp, making his 2nd feature length outing after the groundbreaking District 9, you’d think he might want to raise the bar and move the goalposts a bit, maybe throw his eager audience a curveball, but instead what we get with Elysium is a watered down version of what we’ve already seen before.

I’ll start off by saying I don’t think it’s fair to judge a movie against another, but when two movies made by the same director in secession of one another are this similar, both in narrative and style, it’s almost impossible to not compare the two. With this comparison in mind, Elysium falls well short of it’s estranged brother District 9 on many important levels.

So let’s try and imagine District 9 never existed (that hurts me to say as it is one of my favourite surprise hits of all time), would Elysium then be any better? Marginally, but I fear it’s not going to live long in the minds of Sci-Fi fans. I wanted to love Elysium, I wanted Blomkamp to stamp his authority as a new great in the world of science fiction movies, but watching it, there was nothing to latch onto, nothing to sink your teeth into, nothing to really grip you.

What did Elysium’s audience want?

The catalyst to Elysium is division; the rich vs the poor, the haves vs the have nots, the high-lifers vs the suffering (the comparison to heaven and hell is a subtle as wet fish to the face: “you want to go up there?!” “you’re stuck down here!” etc etc …but that’s a whole other debate). For me the problem is that you never really feel this division, sure there’s several hundred miles of space between the two parties, but this model doesn’t really leave any room for a sense of conflict. There’s a Robin Hood style “stealing from the rich to give to the poor” scenario going on, but there’s very little in the way of resentment or hatred from the poor towards the rich to make the audience want to give a crap. Sure our hero is striving to save himself (and co) via the futurist “Med-Pods” technology that only exists exclusively on Elysium, but why should we care? What’s the ultimate “why” here? In District 9, the lead role, Wikus, was mixed up in intergalactic politics whilst trying to reverse his impending alien mutation in order to get back to his wife and expose government corruption, in Elysium Max is sick and needs to get better. Ok, there’s a bit more to it than that but the movie does such a poor job of making you really care.

So if there’s very little motivation to get onboard emotionally, does Elysium offer a special FX extravaganza to feast your eyes on instead? Well, no not really. Sure it’s a beautiful film, and the special FX are expertly rendered, believable and lovely to watch, but they’re not amazing to behold. Let me explain: I remember being blown away by the ideas behind District 9, in the details of the prop design and how the tech worked, genuine futuristic alien inventions that wowed the eyes and the mind, in Elysium the tech seems a bit lazy, and in order to make up for this here’s some super slow mo instead. I mean, locking onto targets and shooting missiles/explosives at things as they run away is something that I loved doing in 1997 playing “Turok: Dinosaur Hunter” with the amazingly vile Cerebral Bore, fast forward to 2154 and surely it’s getting a bit old hat by now? Where’s the “WOW” gone?

It comes to something when my biggest geek giggle came from the laser guided power cutter that toggled through a selection of hole shapes before cutting through the side of a spaceship… even typing that I realise how nerdy it sounds, but that was genuinely my gadget highlight from the movie… and this is futuristic sci-fi movie from the maker of District 9, where the lead role is power walking around in a exoskeleton being chased by vigilantly hunters in spaceships.

With no emotional drive and no kick ass weaponry/special FX, what are you left with? An “ok” movie that, when put in the shadow of it’s predecessor, falls short on so many fronts it makes you wonder if Blomkamp is a one trick pony? I sincerely hope not and await his next outing with equal measures of excitement and apprehension.

What the hell is going on with Jodie Fosters lip syncing? 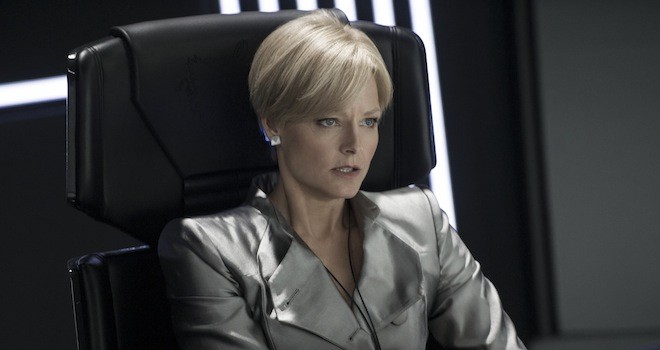 In a movie that’s clinging onto my attention span by it’s fingernails, I don’t need any help from bad post production over dubs to withdraw me from the experience. You’ll have to watch it to know what I’m talking about, but someone gave it the green light and this person needs their eyes/ears testing.

← Oblivion and it’s many influences (and why that’s not a bad thing) Anti Gravity? Zero G is not all it’s cracked up to be →