I’ve been an avid user of the Golfshot Classic app for my iPhone for over 2 years now, but the guys at Shotzoom have said that they are no longer supporting the app, instead they are focusing on the sleeker, more advanced Golfshot: Golf GPS app. Here’s my thoughts on using so far on Golfshot Classic and moving over to Golfshot Golf GPS. 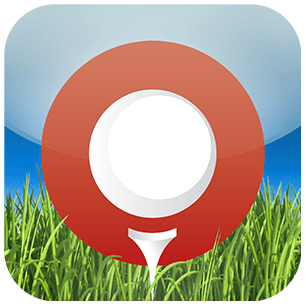 The Golfshot Classic app is/was a staple part of my golfing game. The basic checklist before a round is something like:

It has become something of a crutch for me over the years. On the odd ocasion where I have been left wanting in the battery department I have felt naked without this app on the course. Not only does it offer a great range finder, complete with customisable measurements for your preferred layup distances, it also collates your strokes and scores, and with minimal input it will tell you how many GIRs, fairways and scrambles you made (without the need to mark ball locations over each shot). 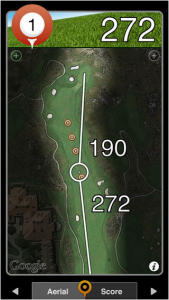 It’s not as sophisticated as the new GameGolf tech, but then again it’s a fraction of the price at £20.99 from the app store, and all you need is your phone + enough battery to get you round – typically 50% is enough. Using your phones GPS on a 4 hour round is a bit of a battery killer but I have noticed a dramatic improvement since upgrading to an iPhone 6, so it’s less of an issue for me now.

After each round you + any other golfers you scored using the app will be sent en email with your scorecards for future assessment and practice focusing. Both the app and these email score cards will tell you which direction you went off the tee, how many putts you made, if you hit any GIR’s and what your score was, both gross and net. 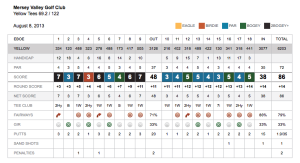 So it was with great trepidation that I moved from Golfshot Classic to the new Golfshot Golf GPS app. Although I’ve yet to game with the new app, here’s my initial findings.. 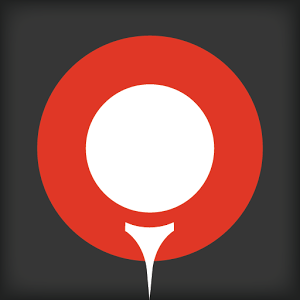 The new Golfshot Golf GPS app is much nicer to look at and does seem easier to navigate. Some of the features on the old app did seem a bit buried and frustrating to find, whereas I can see how after a round or 2 with this app I’ll be well at home. Another bonus is that the Golfshot Golf GPS has imported all my previous Golfshot Classic scorecards and playing data from my Golfshot acccount.

Another nice addition straight off the bat is the ability to tell the app exactly what clubs you have in the bag. The old Golfshot app let you enter the numbers of the clubs you have in your bag (Driver, 3 wood, Hybrid, 4 Iron, 5 Iron etc…) but the Golfshot Golf GPS app actually asks for the specific manufacture/model details. This will become a particularly nice feature when you start to build up a bank of stats for each club, so you will be able to see where you need to focus your practice. 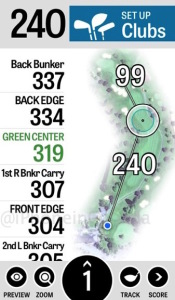 Something else that’s new is the ability to fly through the hole in “3D” before you play it or even before you get to the course. This is a pretty nifty feature when you’re playing on unfamiliar territory, and the standard map feature was always something I found helped me to plan my shot-by-shot strategy for each hole, much better than any sight based range finder as you can see around corners and behind hills etc.

The new app is free to download but the downside is that there is now a monthly or yearly subscription fee if you want to access the premium features. Granted the 1 year cost is only $9.99 (I spend more than that on coffee in a week) but when you’ve already purchased the previous app for £20.99 (my most expensive app on my phone) it’s a bit annoying. Nevertheless I’ll probably be subscribing after a few rounds.

Take a look at Shotzoom’s own promo video for the app below:

There are other cheaper (and even free) golf GPS apps out there, but for me both these apps are fantastic tools for keeping score, measuring your performance and helping you navigate the course. Cheaper than a fancy range finder, more advanced that a GPS watch and miles better than the old scorecard and pencil method. Give the Golfshot Golf GPS a download for yourself before your next round and try it out for free, I think you’ll be as impressed as I am, just remember to keep your phone charged before you play 😉